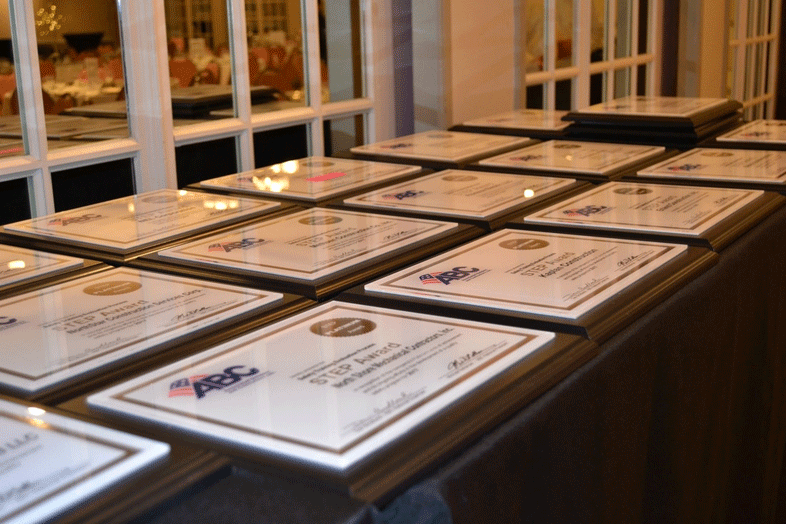 BOSTON – May 26, 2017 – Kaplan Construction announced today that it has received the Platinum Safety, Training and Evaluation Process (STEP) Award, in recognition of its exceptional commitment to ensuring a safe work environment for its entire workforce. The award was presented by the Massachusetts Chapter of Associated Builders and Contractors (ABC) and Gould Construction Institute (GCI) at the 13th Annual ABC/GCI Safety & Education Dinner held May 18th at Montvale Plaza in Stoneham, MA.

“A contractor’s most valuable resource is their workers. There is nothing more important than jobsite safety,” said GCI President Barbara Lagergren. “This year’s award recipients deserve each and every accolade they received by continuing to raise the standards of safety, training, and education throughout the construction industry.”

STEP Awards are presented annually to ABC member companies with exceptional safety records and this year’s applicant pool was fiercely competitive with a record 60 companies recognized as having an outstanding commitment to jobsite safety. Applicants are evaluated on a number of statistical factors such as incident rates, lost time and OSHA recordables combined with a safety audit consisting of twenty key components.