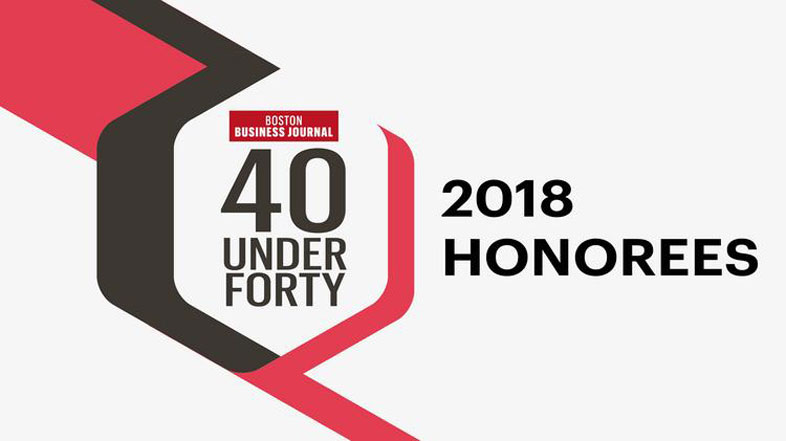 BOSTON – September 18, 2018 – Kaplan Construction, a WBE general contractor and construction management firm providing comprehensive building programs across Greater Boston, announced today that its president, Nathan Peck, has been named to the Boston Business Journal’s 2018 40 Under 40 list. Celebrating the local people who are the achievers, innovators, and leaders in their field, a panel of judges chose honorees based on their influence on local business and industry, while factoring in contributions to the civic health of Greater Boston through volunteer work and other forms of philanthropy. Peck was selected by the Boston Business Journal editorial staff from nearly 350 nominations received this year.

Joining Kaplan Construction as a senior project manager in 2012, Nate’s commitment and dedication to his projects’ success and client satisfaction helped him excel, strengthening the company and leading to a three-year management transition where Nate was promoted to president. In this role, Nate is responsible for providing strategic direction, fostering and maintaining client relationships, and overseeing the construction related deliverables.

Under Nate’s leadership, Kaplan Construction’s volume has tripled and the number of staff has doubled. During this time, Kaplan has been recognized as a Best Places to Work by the Boston Business Journal for four years in a row and a Top 100 Women-Led Business in Massachusetts by The Commonwealth Institute. Kaplan has also been honored as a Massachusetts Family Business of the Year by the Northeastern University Center for Family and a finalist at the Family Business Association Awards for Massachusetts by The Warren Group.

Earlier this year, Nate received national recognition for his industry experience, leadership skills, and community service on Engineering News-Record (ENR) Magazine’s National Top 20 Under 40 list. After ENR’s editorial board named Nate as one of its 2018 Top Young Professionals for the New England region, an independent panel of judges reviewed the top-scoring regional honorees to select a National Top 20 Under 40 list to represent the industry’s top rising leaders. Previously one of 11 honorees from across the New England region, Nate was the sole ambassador from the New England region to be named to the National list.