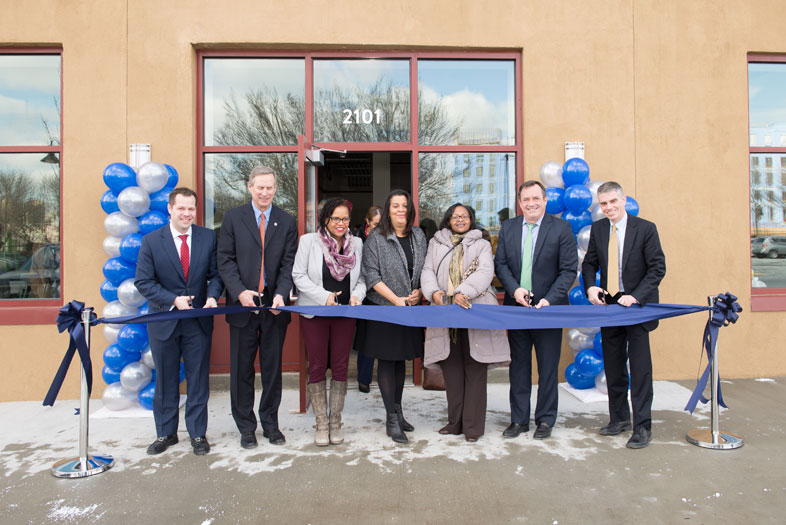 Kaplan recently completed the extensive restoration of the former Tropical Foods supermarket to create 30 units of mixed-income housing and retail space. Located in Dudley Square, the project was the second in the three-phase development of Parcel 10 and the outcome of an eight year effort by the Roxbury community and the City of Boston to bring economic diversity and private investment to the neighborhood.

“I’m proud to celebrate this historic renovation bringing new life to this neighborhood,” said Mayor Walsh in a statement. “The City of Boston is hard at work meeting their affordable housing goals, and because of great organizations like Madison Park Development Corporation in our city, we get closer each and every day. Thank you to MPDC and their partners for their vision and hard work in building 9 Williams Street and supporting the community.”