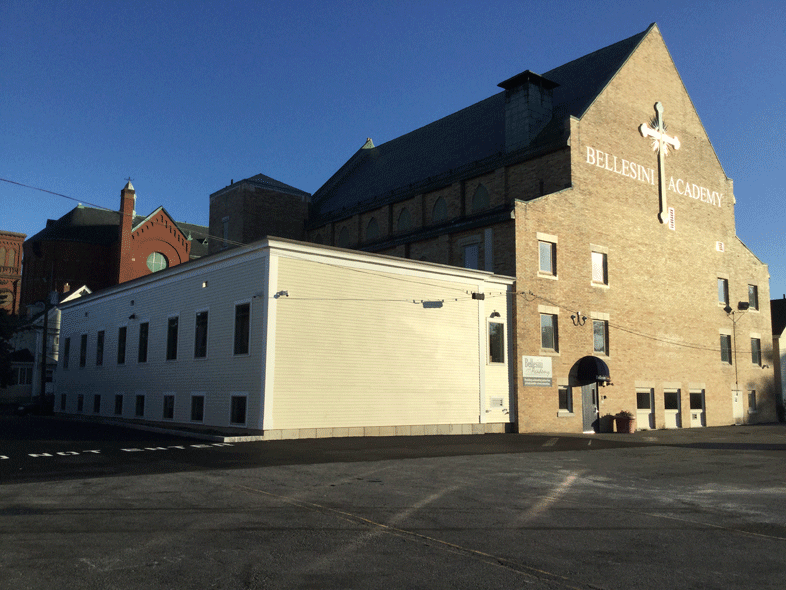 The two-story, 5,800 SF addition will provide a STEAM (science, technology, engineering, art, and mathematics) Center for all students with a science lab, technology center, art center, movement center for yoga and dance, and an alumni lounge, as well as a hallway with four classrooms dedicated to the girls’ program. The ground up construction, built on the site of a former rectory, was connected to the existing school.

Bellesini Academy was founded in 2002 to provide a tuition-free, Catholic middle school education to boys in grades five through eight. In 2015, Bellesini Academy expanded to a co-ed program. Its academically challenging and highly structured environment develops the potential for each student to succeed in competitive secondary schools and colleges, with 100 percent of its graduates attending private high schools on scholarship.